Unlike the national system in which there are separate subjects (instrument and solfeggio) where different music lessons are taught with different professors, in the British Royal ABRSM program all elements of music are connected and done through an instrument class, with one professor.

The exam, and thus the concept of the class, consists of 4 parts:

Scales are very common in this method. They are played in the simplest form. When the child is not burdened with too heavy technical requirements, he can quickly adopt different tonalities and by the end of primary music education to master all tonalities and to be able to apply his musical knowledge.

What does “Applied Music Knowledge” mean according to ABRSM program?

The goal of education, as well as parenting after all, is the independence of children. The ABRSM system is aimed at making children independent as quickly and easily as possible. The knowledge that children acquire in the first 3 grades gives them the opportunity to interpret notes independently, either from classical or popular music.

At the ABRSM exam, and thus in the classes, 3 compositions from different musical epochs are required. The curriculum, as well as textbooks, are changing every 2 years. This provides teachers with constant change and improvement.

Sight reading is a part of the exam, and therefore the teaching of the instrument, which appears in the ABRSM program from the first grade, unlike the national program in which this subject appears from seventh grade.

Sight reading is a skill that is useful to every musician. It exists through universal rules that a child adopts from an early age and which, after several years of schooling by this method, teaches him to independently interpret and play a musical text, as he reads letters.

The first three elements that we talked about in this text: scales, compositions and sight reading, although the separate elements represent one inseparable whole of your child’s musical education.

What does it mean?

The same tonalities, rhythmic figures, in one word the same musical lessons appear when working on all three elements (scales, compositions and sight reading), which achieves the effect of active knowledge.

This part of the class is dedicated to singing and listening to music. Children in the first grades should repeat melodies, rhythm and feel the pulsation while the teacher plays for them. Then to learn to listen to music and to remember certain musical elements.

In the beginning, it is the recognition of basic differences in volume (dynamics) and the way of playing (articulation), and later children should recognize different styles in music as well as argue which elements of music indicate that difference.

In addition to developing hearing (internal and external), through this part children become an educated audience of classical music, because if they understand what they need to listen to, they will be able to enjoy it more.

In the past few years in our International Centre for Musical Arts “EVA” we educate our participants in a strictly defined rule of the ABRSM system and
here you can read more about the advantages of this program and method, the objectivity of testing and evaluation.

Previous Post: What is ABRSM – system of music education program that we use at “Eva” music school and what is its advantage?
Next Post: Covid-19 – adjusted classes at our music school “Eva” 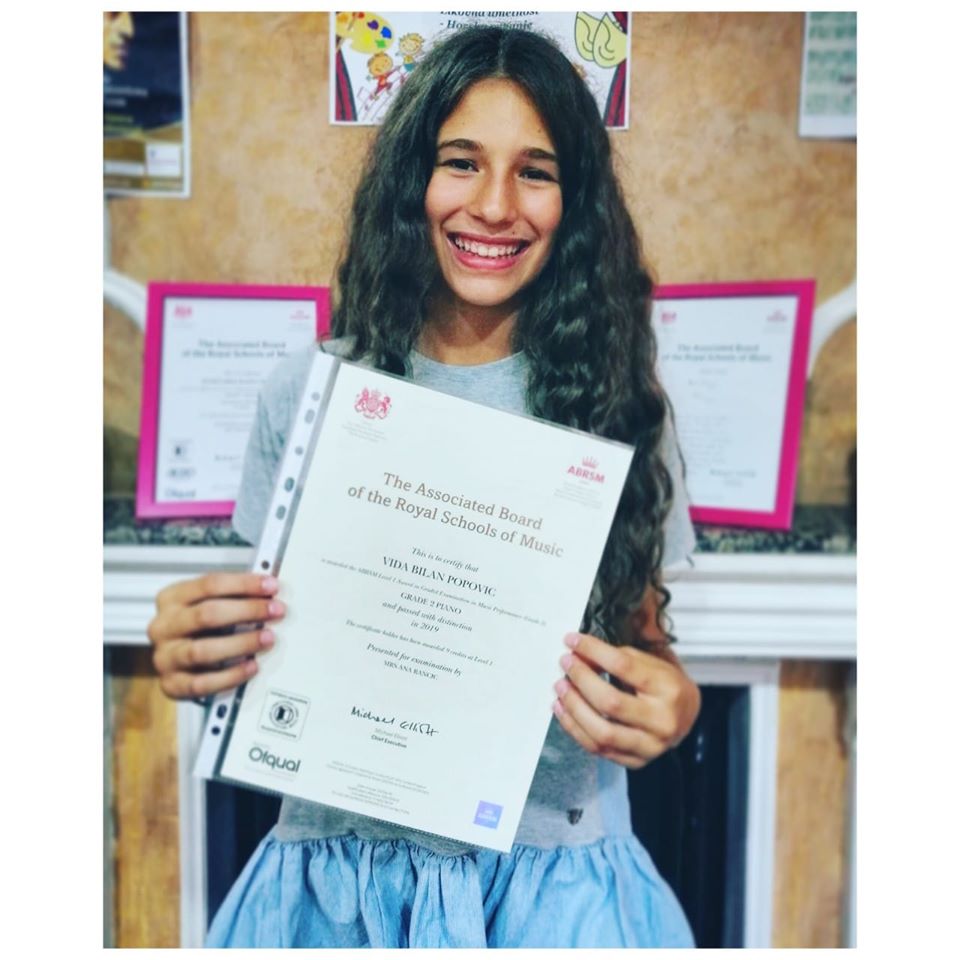 For us, apart from the holidays, summer is the time when the results of the international British ABRSM exams arrive! In 2019, 17 students came out of our school and ALL passed! The results are great, above expectations! Congratulations to the professors, students and parents!

In a pleasant ambience and with the creative team of your professors, 18 kids had the opportunity to sing, act, learn languages and play an instrument in order to develop imagination, creativity and artistic aesthetics. The next Art Camp is from 29th June 2020.

Participation in the humanitarian bazaar!

On Saturday, May 18, we responded to the invitation of the British International School of Belgrade to participate in their Spring Bazaar. Our students participated in the fun part of the program, and during that time, with the guests of the bazaars we played art games at our stand.

On Thursday, May 16th at 5 pm in the premises of the Public Aquarium of Belgrade, the co-founders Ana Rančić and Vesna Radić held a lecture within the “Angels” School of Entrepreneurship.

Our student Marko Simic on the Chopin Festival talent marathon!

On Saturday, April 27, from 11 am to 12 pm at the Immo Shopping Centre in front of of the “Detinjarija” children’s portal we have a wonderful music content and creative games for children! Kids heared the sounds of piano, guitar and harp, and the present little ones was able to try these instruments!

Saturday, April 20 from 10am to 12 pm we had prepared for your children a musical instruments workshop after which they have had the opportunity to try them! 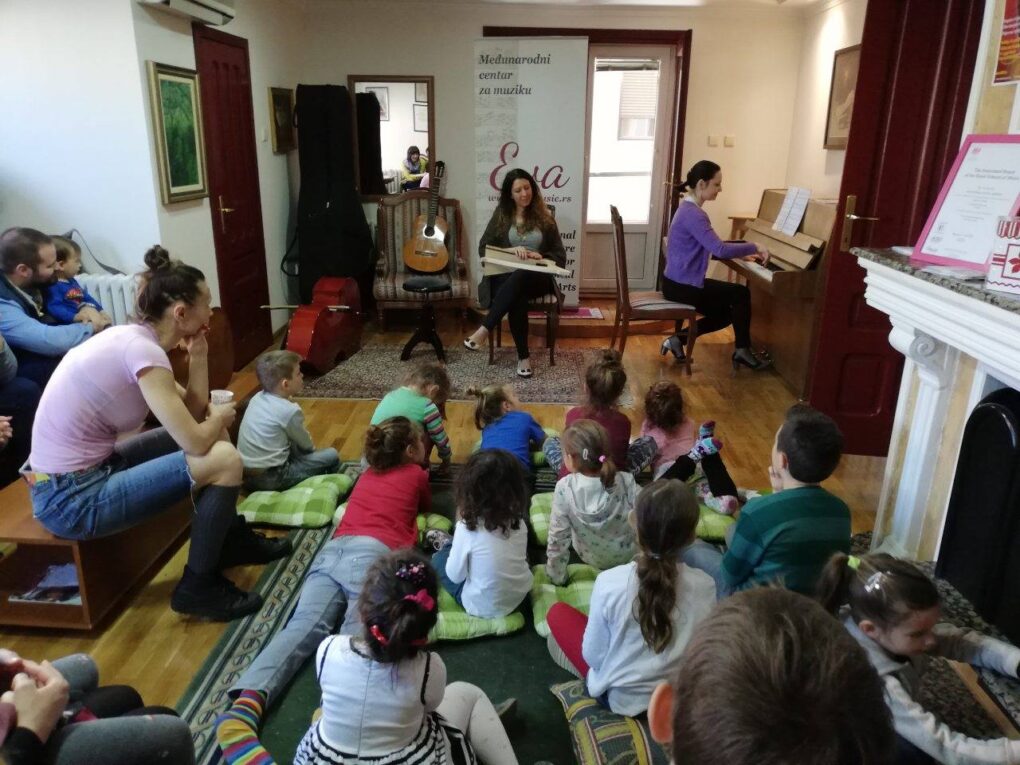 With a journalist Adriana Cortan!